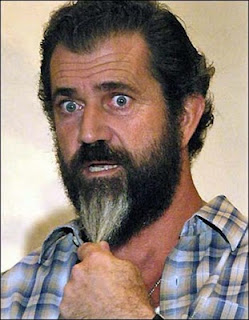 Why did Mel Gibson have to turn out to be such a wild-eyed, anti-semitic, racist, misogynist asshole? I was flipping through the channels and one of the movie stations was airing "Conspiracy Theory," a fun movie I haven't seen in a while (with Jean Luc Picard as a bad guy no less!) and would have liked to watch again. But I can't bear it now that this clown stars in it.

These right-wingers always ruin popular entertainment for me. I can't watch Frasier reruns now (and sometimes they're the only decent thing on at 2 am) because Kelsey Grammer is a right-wing wackjob.

Luckily I have always hated Chuck Norris and Donald Trump, so yeah, no loss there.
Posted by J at 1:36 PM