That is a martini... 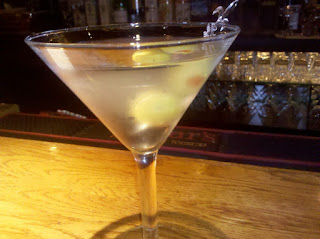 Omaha Steaks rocks! Continental Airlines not so much.

Why does Continental Airlines like to be so difficult?

I usually like them, I really do. They are one of my favorite airlines - probably second only to Virgin America, which I think has way better first class amenities but is more expensive, at least to Vegas.

But Continental seems to go out of its way to annoy.

I ordered some Omaha Steak several months ago and did it through the Continental OnePass shopping portal. The promo deal was 20 miles on my frequent flier account per dollar spent.

Naturally, Continental is disputing the points. Four months of repeated emails to investigate the missing points - nothing. Finally a vague email yesterday that they might not be valid. Sigh.

So today I contacted Omaha Steaks customer service department (which is always great) and they immediately sprang into action and said they would make it right. And I mean they responded within an hour of receiving my email, not weeks later like Continental usually does.

THAT'S how you take care of a loyal customer.

Omaha Steaks rocks! Continental - meh. (And I can only imagine it getting worse when the United merger goes through and they are bigger and even less responsive.)

It is really, realllly hard to come back to a cold, snowy NYC after a week of tropical temperatures in Cancun. 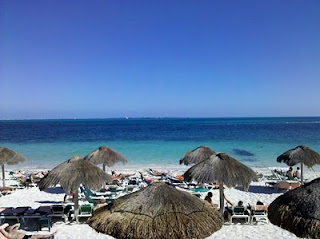 Gov. Christie is back in Jersey 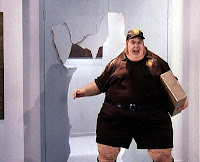 Lardass is back in New Jersey after sitting out the big snow storm of '10 in Florida.

And, of course, in good right-wing, tea bagger fashion is blaming everybody but himself for the thousands of state residents being snowed under.

These people really disgust me, have you noticed?
Posted by J at 12:20 AM No comments: