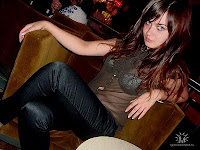 TG Daily reports: Kristina Svechinskaya - who has been dubbed the "world's hottest female hacker" - recently appeared in a NYC courtroom to face charges of stealing $35,000 for a notorious Eastern European cyber gang.

She definitely looks she has a way with hard drives. Hey-ooo. 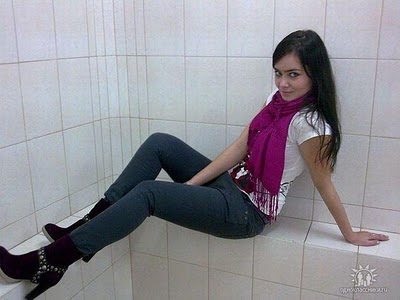 Believe it or not, there are some folks who are so discouraged and jaded about politics, they say: There's no difference between the parties, it doesn't matter who you vote for, both sides suck.

There's one pretty big difference between the two major political parties in this country.

Look at just some of what the GOP did this week.

It blocked a bill to provide health care for thousands of 9/11 first responders at Ground Zero. Firemen, cops, EMTs, construction workers, who rushed to the World Trade Center and spent weeks literally digging in the rubble, pulling out bodies, breathing in toxic chemicals, and now plagued with deadly lung diseases and cancers. Sorry guys, the GOP won't help you.

It blocked a vote to repeal Don't Ask Don't tell, the out-of-date policy that throws gays out of the military, even though the Chairman of the Joint Chiefs, the Defense Secretary, the military's top brass, President Obama, and a survey of service members themselves, all say there would be no harm to combat readiness if gays are allowed to openly serve. Sorry gays, the GOP doesn't want to help you.

They balked at extending sorely needed unemployment insurance for millions of Americans out of work through no fault of their own in this crappy economy. It then went on to block a tax bill that would have kept lower tax rates for the middle class but allow taxes for millionaires to slightly increase and go back to the level they were under Bill Clinton in the 90s. Sorry middle class, the GOP doesn't want to help you.

Instead the president had to make a deal allowing millionaires to keep the low tax rates they enjoyed under George W. Bush, so that he could also get a vote on the lower tax rates for the middle class and extend the unemployment benefits. Classic hostage/blackmail situation courtesy of the GOP.

(By the way, a sidenote on this issue - when Clinton was president, the economy was booming: unemployment was low, inflation was low, the stock market soared, corporate profits soared, the deficit was low, and when he left office, he bequeathed a budget surplus to Bush. Then eight years of Boy George and his economic policies and what did Obama inherit? Unemployment rising to over 9%, stock market that had plummeted and is just finally beginning to come back from the huge drop (you probably noticed that plummet in your lousy 401k reports over the last several years) and a deficit stretching as far as the eye can see. And this is the economic policy the GOP wants to keep? Yeah, it really worked so well, didn't it.)

And, of course, when it takes over Congress in 2011, the GOP is going to name climate change deniers and oil company lackeys as chairmen of committees charged with protecting the environment and overseeing the oil companies. That's going to go well. No chance for abuse there. Sorry every living creature on Earth, the GOP won't help you.

So next time you get frustrated at some wacky Democratic congressmen or some pompous Democratic Senator, just remember, the other party is, by and large, a nasty, mean-spirited, selfish group beholden to big business - oil companies, tobacco companies, insurance companies, arms companies - and right-wing religious freakazoids who want to put God into everything, take away a woman's right to choose and basically make your life a living hell if you don't worship Baby Jesus.

A Florida man was arrested for wacking off in a Walmart, according to The Smoking Gun.

In case you needed another reason to avoid Walmart.

And he was doing it looking at a copy of the Sports Illustrated swimsuit issue.

Granted, there's some majorly hot girls in that magazine, but jeez, it's really just a tiny step away from George Costanza doing it to Glamour.

Who knew people still j/o'd to magazines? If this guy ever saw some of the stuff on the Internet he would never leave his house.
Posted by J at 10:55 PM No comments: