We used to walk miles in the snow to get to a pay phone... 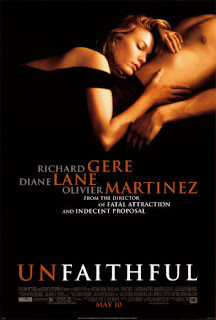 It's amazing how fast things date.

I was watching "Unfaithful" on Cinemax tonight, and there's a scene where Diane Lane is at Grand Central and calling the mysterious guy she's cheating on Richard Gere with - and she goes to a pay phone and puts a quarter in.

It just seemed so ridiculously ancient. The movie was only made in 2002, but it seemed like it was from the 1950's.

Today, of course, she would have a cell phone. And, frankly, I'm not sure if Grand Central even has pay phones any more. It probably does, but I go through there a couple of times a month and I would be hard pressed to tell you where they are.

I remember when I commuted to the 'burbs on a daily basis - and it was not that terribly long ago - there used to be banks of pay phones there.

There are phones inside where the tracks are but there aren't those long rows of phone booths in the waiting area like there use to be!