What a strange company 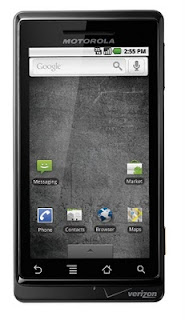 I got my Motorola Droid - so far loving it. But Verizon Wireless really does have some strange business practices.

I have a second line, and usually when I get a new phone after my New Every 2 kicks in, they give me a new free phone for the 2nd line. It's not as good as the main phone, obviously, usually just a basic one, but what the heck, it's a new phone.

So as I was in the Verizon store on 86th today getting the Droid, I asked the guy what free phone comes with it for the second line.

Well, apparently none. He claimed they subsidize the Droid so much, they don't give a free phone with it.

I was perturbed and he noted I could get a new one pretty cheap. I looked at the Samsung Intensity, which sells for $70, but comes with a $50 rebate, so final cost was 20 bucks. I told him I'd take that, but he helpfully told me that if I ordered it online they sell it at the reduced price without having to go through the rebate dog & pony show of sending in the receipt and the bar code and waiting 8 weeks for it to show up, they just sell it at the $20 price. 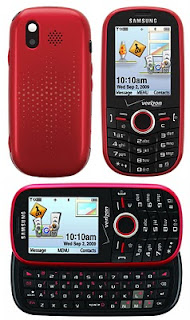 So I get home, log on to Verizon - and it turns out they actually are selling it to me free. No charge at all. And the beauty part, no shipping charge. I just got an email from FedEx that it's already left their West Chester, PA facility and will be here in two days.

Now you figure the 2-day shipping is going to cost Verizon, what, 8 bucks, 10?

So instead of just giving me the damn phone for free in the store, they are going to pay money to ship it to me.

And somehow they will still manage to make a bazillion dollars this year.
Posted by J at 6:52 PM

Good day, sun shines!
There have were times of hardship when I didn't know about opportunities of getting high yields on investments. I was a dump and downright pessimistic person.
I have never thought that there weren't any need in large starting capital.
Nowadays, I'm happy and lucky , I begin to get real money.
It's all about how to choose a proper partner who utilizes your money in a right way - that is incorporate it in real business, and shares the income with me.