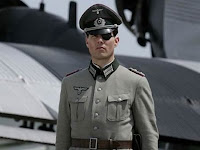 I'm not sure why Tom Cruise is considered so out-of-the-zone wacky? Yes, ok Scientology. Yes, ok, the long-persisting rumor he is a closeted gay guy. But the thing that everyone always comes back to is the whole jumping-on-the-couch incident on Oprah.

Yes, it was a little over-the-top, a little too sickly sweet as he proclaimed his love for Katie - but I think he was actually just trying to be funny and cute more than anything.

Was that really the most bizarre thing that any star has done in recent years? Yet it keeps being mentioned.

This thought was spurred when I saw some press glee at the apparent box office bombing on his new movie, "Valkyrie."

Meanwhile the Number 1 movie last week was "Marley and Me." With Owen Wilson - who fucking tried to commit suicide. Yet you never really hear people say, "Oh, he's so weird."

Or how about Mel Cruise and his drunken anti-Semitic rants? Or Robert Downey, Jr., who has fallen off the wagon more times than a one-legged Amish guy?

But, no, apparently Tom Cruise is the weirdest person in Hollywood. 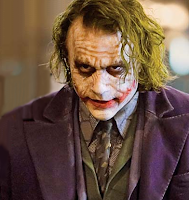 I kept waiting to get blown away by Heath Ledger, who, when that movie came out, all I heard was how mesmerizing he was, you couldn't take your eyes off him, Oscar material.

He was fine, but I didn't see what all the fuss was about. I wonder how much of it was Post-Mortem sympathy talking?

I also caught "Dan in Real life." It was passable, although if I see another movie about a sprawling, loving, quirky family, gathering at an amazing country home and playing touch football and cooking and laughing - ugh.

But I just don't see the appeal of Dane Cook. Why is he considered so funny? I don't get it.
Posted by J at 5:04 PM

Dane Cook is pretty HOT but I agree with you on Tom Cruise.

I'm not sure if Heath Ledger was as great as they were saying but he was the best thing in that movie, you have to admit that.

I think it's the Scientology connection that mostly makes him seem weird. The Oprah stuff is mentioned so much because that clip has been shown on TV about 5 billion times.

Heath was pretty creepy in the role. He will probably get the Oscar!

Batman was pretty boring in this one and I think Katie Holmes was better as his girlfriend in the last one as Maggie whatsername was in this, so l.w.t. is absolutely right - Heath Ledger was prob. the best one in the movie.

The Joker is usually the best part of any Batman movie!