What a great Sunday.

It's an amazingly beautiful, crisp Fall day in NYC.

The Obama camp announced they have raised an astounding $150 million in the month of September - the overwhelming majority coming from small donations under 100 bucks. 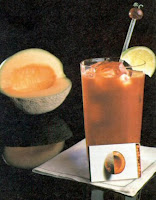 Gen. Colin Powell, one of the most respected men in America, strongly endorsed Obama on Meet The Press this morning, while criticizing the GOP for the smear-based campaign it has been running. (His anecdote about the young soldier buried at Arlington is very moving.)

And, best of all, I'm going to brunch at my favorite UES restaurant.

Meanwhile, my poor right-wing friends must be crying in their bowls of Sam's Club cereal, which is probably what they are eating given what their president has done to the economy.

Now I'm off for some bloodies and smoked salmon. I am an Eastern big city elitist after all.

Hmmm, smlls fishy all around....If the "poor" are helping the ONE so generously whats his worry about spreading the wealth. Stinking fishy eh?

I missed the SNL appearance--I'll have to look for it online. I also heard about Colin Powell--wow. Great pic on the last post, too--talk about bad moments.

What is the saying - stick a fork in him he's toast (McCain!) lol

Now they're saying it's only because he is black he endorsed him. It's funny how the republicans were happy to have Colin Powell when he got out of the military now they don't like him?

And I know exactly where u went I think! :)