Apparently high-priced luxury hotel suites aren't the only thing Sarah Palin likes to have other people pay for.

In less than two months, the RNC has laid out more money on clothes and makeup for VP Annie Oakley than most Americans make in a year.

The Republican National Committee has spent more than $150,000 to clothe and accessorize vice presidential candidate Sarah Palin and her family since her surprise pick by John McCain in late August.

According to financial disclosure records, the accessorizing began in early September and included bills from Saks Fifth Avenue in St. Louis and New York for a combined $49,425.74. 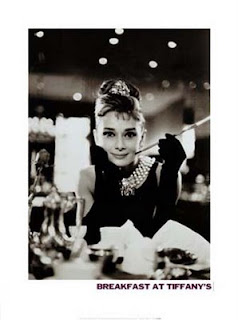 The records also document a couple of big-time shopping trips to Neiman Marcus in Minneapolis, including one $75,062.63 spree in early September.

And I guarantee you, the rubes will still coo and gush over this empty-headed phony.

You have to hand it to the Republicans - they sure can bamboozle their followers. They devise policies that screw the average working guy day in and day out on everything from health care issues to work safety rules, from environmental protection to making it harder to sue a company that willfully provides dangerous products that kill and maim. And, of course, they boast a tax policy that gives billions to the filthy rich and corporations.

And yet there are still right-wingers, many of them living in dreary misery in some little shit hole of a town in the south or midwest, who believe - seriously believe, even after 8 years of the Worst. President. Ever. - that somehow the GOP is good for them (hello "Joe the Plumber") and that Democrats are evil. (On taxes alone, Obama has a plan that would cut rates on 95 percent of working Americans, but don't tell Joe that.)

But then again, Joe and his ilk listen to fatass Rush Limbaugh, he of the $20 million a year salary, telling them it's so. And he only has their best interests at heart, right?
Posted by J at 2:47 AM

It takes me a year to spend that! But seriously were they afraid she was going to show up in a flannel shirt or something?