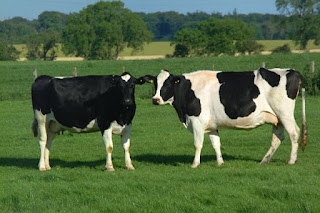 Gov. Sarah Palin lives by the maxim that all politics is local, not to mention personal.

So when there was a vacancy at the top of the State Division of Agriculture, she appointed a high school classmate, Franci Havemeister, to the $95,000-a-year directorship. A former real estate agent, Ms. Havemeister cited her childhood love of cows as one of her qualifications for running the roughly $2 million agency.

The Havemeister in on duty!

You know I also like cows. I like dogs and cats too. Can I be Secretary of Animal Welfare, just, you know, because. 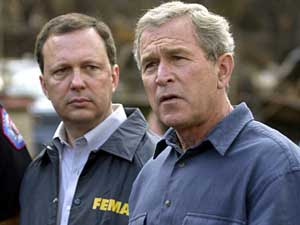 Oy - this is a replay of "Heckuva Job Brownie" cronyism. And we know how well that worked.
Posted by J at 6:53 PM

Haha you.would be a good secretary for animal welfare which means you won't get it!:)