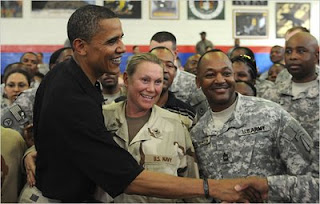 This weekend, while the magnificent Democratic candidate Barack Obama was visiting with U.S. troops and facing mortal danger from potential assassins and terrorist attacks in Afghanistan, and soon to make his way to Iraq, the elderly GOP candidate John McCain was having a fun time in the city, doing Conan O'Brien's show on Friday, choppering out to a glitzy party in the fabulous Hamptons on Saturday, and attending a Yankee game on Sunday. 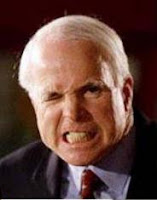 Nice life he has. I'm sure he can relate well to the struggles of the average American.
Posted by J at 6:06 PM