No wonder she drinks 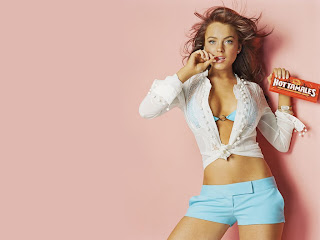 "Living Lohan," featuring Lindsay Lohan's mother's efforts to promote sister Ali Lohan’s career, will also be used as a promotional vehicle for the Las Vegas properties of the Maloof Bros., who will produce the E! reality show, Daily Variety reports. On the show, Ali Lohan stays at the Maloof's Palms Casino Resort while her brother Cody is a ballboy for NBA's Sacramento Kings, also owned by the Maloofs, the newspaper says.

Jeezus, the whole damn family is basically cashing in on Lindsay's fame. It's not hard to see why she's become a bit of a wreck these days.
Posted by J at 11:17 AM

Don't forget her father is a lunatic too. That article didn't even mention him.

She looks really good in those shorts.