I think it's safe to say it's all over but the shouting. It's very very unlikely now that Hillary Clinton will get the Democratic nomination, it looks like it's going to be Obama vs. McCain in the general election.

I was tending to lean toward Hillary between the two Dems, but will, of course, happily vote for Barack Obama come November. The choice between him and John McCain is stark.

My biggest concern with Sen. Obama is that he does too much of the "let's all get together, this is a transformational election" crap. I understand why he is doing it, but I just hope he is ready for the slime that's going to be thrown his way in the general - and he better be damn ready to hit back hard at the GOP when they start the garbage. Those people can't run a government very well, but they know how to run sleazy campaigns.

If Obama thinks Clinton and her team were tough campaigners, he ain't seen nothing yet. The well-oiled Republican slime machine no doubt has an oppo research folder on him as thick as the Manhattan phone book.

But the question is pretty easy for voters: do you want four more years of Bush light (without the genial disposition) or four years of beginning to extract this country from the mess Boy George and his team have left us in, at home and abroad.

It's not even close. 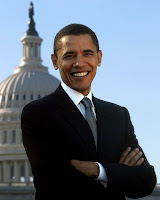 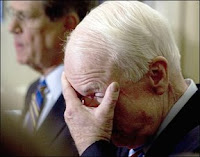 McCain is toast but I don't think it will be as easy a win for the democrats as it should be!