Some of the "houseguests" on "Big Brother," which I have allowed myself to be drawn into watching again this season, are frighteningly clueless.

It's especially noticeable on the live unedited feed of "Big Brother After Dark," which airs seven nights a freaking week on Showtime 2 from midnight to 3 am.

Last night, in my insomniacal way, I was watching it, and I'm not sure how the conversation started, as the director will occasionally dump out of one conversation in one part of the house and come into another in midsentence, but three of the men and two of the women were chatting, and the guys casually let it be known they had jacked off since they've been in the BB house - they've been in about three weeks now.

Now, as any guy will tell you - three weeks and they've masturbated - well, duh. But the gals were seriously flabbergasted. I mean absolutely stunned. "Did you really?" one asked. "No you didn't, where?" the other yelped.

Ladies, let me tell you a little secret: every guy does. The pope does it. Your dad does. Your boyfriend or husband do. (Oh, and if they tell you they don't, they're lying).

Sorry guys for breaking the code if you've been lying to your gals, but Too Saucy specializes in the truth. And Lindsay Lohan's breasts.

Some of the people on BB this year really are Bush-level clueless though. Last night alone, one contestant was talking about his strategy and, referencing a contestant in a previous season, said he was "taking a page out of Dick's book." So another asked - totally seriously - "Dick wrote a book?" 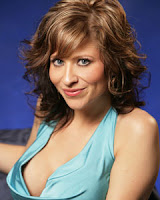 Of course, that contestant was Natalie, whose bio notes her employment as a "bikini barista," so, you know.

One time, a contestant was looking through the freezer in the storage room for food and came across an aluminum foil package labeled albacore. He had no clue what it was and asked three people before someone finally knew it was tuna. Then, last night they had a treat of pizza with various toppings on it, and one of them (Natalie, of course), noted she had never had lamb before.

What is going on out there in the hinterlands? There is other foodstuff besides Applebee's, you hillbillies.

And, of course, there are the usual little linguistic sins that drive me crazy. I don't know why it is so hard for people - not just on this show, it's everywhere - to pronounce the word "ask."

For the last time, people, you don't "axe" a question.

lol which one mastubated into a sock???

They really have no clue what we do! But there are no really good looking girls this year on BB. There was one halfway decent but she was the 2nd one to get kicked out of the house.