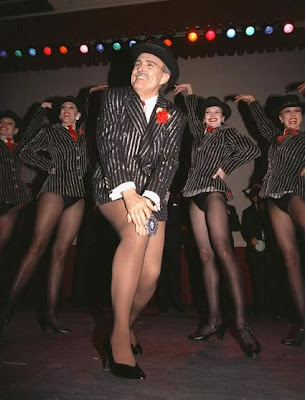 Despite the crowing of some Republicans that Rudy 9iu11iani was going to roll to victory in November after being named their triumphant nominee, well let's just say Tuesday's Florida primary was not a good night for the thrice-married, cross-dressing, fear-mongering, authoritarian, adulterous boor.

In fact, as I predicted two years ago, in the midst of Rudy's then glowing poll numbers and the huge amount of money raised and the name recognition and the media gushing - he ain't going to be the GOP nominee. In fact, he's dropping out of the race following his humiliating loss in the Sunshine State, where he had lavished all his money and time over the last few months after realizing he was going to get creamed in the Iowa and New Hampshire primaries.

Don't doubt my power of political prognostication.
Posted by J at 11:00 PM

You know John Edwards is dropping out of the race too but he was never really expected to win. I'm actually surprised at Rudy since he was so far ahead at one point.

you LOVE that picture