He just never knew what Donna was going to do 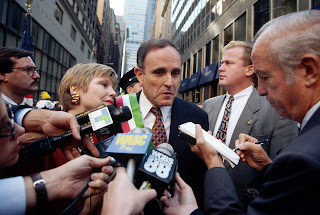 "I had 24-hour security for the eight years that I was mayor. They followed me everyplace I went. It was because there were, you know, threats, threats that I don't generally talk about. Some have become public recently; most of them haven't."
- Rudy Giuliani, defending his billing of thousands of dollars of security costs to the city incurred when he was on booty calls with then-mistress Judi Nathan (below), while still married to second wife Donna Hanover (above). 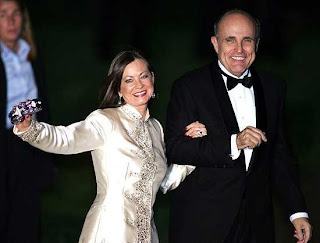 She SHOULD have had him "wacked" :)