Animals vs. people – no contest!

Not to sound like any more of a misanthrope than usual, but I realized yet again how often I end up loathing my fellow human beings.

I was heading back to the city on Metro-North on Friday evening, after spending Thanksgiving in the 'burbs, and, of course, the train was incredibly busy. Some people even had to stand all the way back, but I get on board far enough up on the New Haven line that I got a seat. However, I had to sit in one of those that are by the car doors and that face each other - there's a bench with three seats across and then two facing them.

It turned out they were together and also with a couple that was sitting in the seats behind us and who had a toddler. Well, the guy at the window, I guess he was the kid's uncle or something, kept turning around to take pictures. I mean constantly. And he kept saying, “Caitlin, say cheese,” in a baby talk voice no less. Over and over and over again. Ugh.

And the kid was one of those annoying, antsy brats who kept squealing and jumping around and kicking the back of the seat (my seat, of course) and with no word from the parents to stop annoying the people in front of you, not to mention everyone in ear shot. Then the father started doing the A-B-C song with her - 50 times in a row! Then they went onto numbers. And to top it off, the kid had a cold and kept coughing all the way down to the city, and the parents made absolutely no effort to tell her to cover her mouth, so God only knows what disgusting childhood disease I contracted.

But I don't even blame the kid. She didn't know any better. I blame the annoying adults with her.

Hey, parents, here's a little tip: although you may find it absolutely adorable, the rest of us in a captive audience situation don't find you and your public interaction with your precious (at the top of your lungs) all that charming.

But then, to contrast with my fuming hatred for these people, a man got on at Westport with a dog, a huge German Shepherd. I'm not sure if the guy was blind, he didn't seem to be, but the pooch had one of those harnesses on, so I suppose it could have been a seeing eye dog.

Well, the dog sat down and just stared up at his master. Then after about 10 minutes, he lay down at his feet, closed his eyes and dozed off. No noise, no fussing around. Nothing but well-behaved quiet.

What a difference in manners between that beautiful dog and the brat sitting behind me with her annoying family. 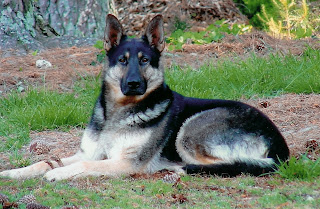 Aww they're just proud of their kids. Give them a break.

It's when they bring them to nice restaurants when they're too young that drives me crazy. The kid's are either miserable or make sure everyone else is.

Yeah, it can be annoying, but then I just remind myself that it could be worse--the kid could be screaming. :)