I just threw up in my mouth 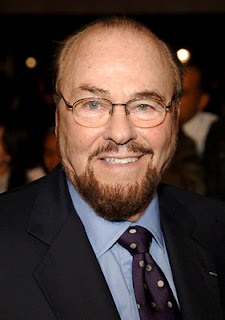 James Lipton, the host of U.S. talk show, Inside the Actors' Studio, once worked as a pimp in Paris, France.

The revered TV presenter, who has sat down with Hollywood's biggest names for in-depth chats about their life and work over the last 13 years, has revealed he once procured clients for French hookers.

He says, "This was when I was very very young, living in Paris, penniless, unable to get any kind of working permit... I had a friend who worked in what is called the Milieu, which is that world and she suggested to me one night, `Look, you'll be my meck... We would translate it perhaps... as pimp.

"We were earning our living together, this young woman and I, we made a rather good living, I must say."

Lipton reveals in his new book Inside Inside he would set up sex shows for clients of his lady friend.

He adds, "I had to accompany my clientelle to the Rue Pigalle, which is where these things occurred. And then I'd take them up to the room and I had to remain there because they were very nervous, they were young Americans for the most part... and they didn't speak French."
- AP

And then he would ask them the Proust questionnaire.
Posted by J at 2:07 PM

eww he stayed in the room?

SNL did a great parody of him!