I hope they have divorce lawyers in Second Life 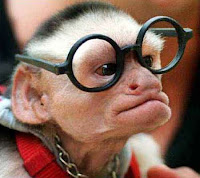 "CNN is launching a virtual news bureau on Second Life, reports Mediaweek. Unlike Reuters, which deploys a real journalist on the site, CNN is extending its i-Report concept by asking Second Life residents to contribute news, photos and videos. CNN-branded kiosks will be scattered throughout the community, so avatars will never be far away from their news fix. And user generated content may be supplemented with advice from CNN personalities such as Larry King."

I thought Larry already was an avatar.
Posted by J at 12:03 PM

hah I have the free plot at Second Life but I'm not paying them $10 a month for more.

I don't get the whole Second Life interest and all the energy people put into it. It must be a guy thing.

You can get sucked into SL and start spending money and it's crazy how much time people put into it.