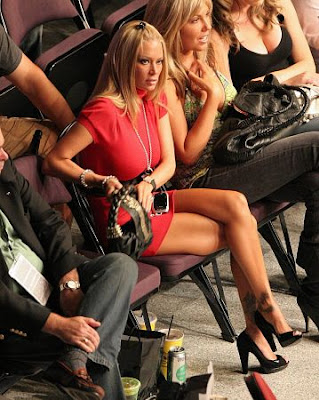 Capitol cops got their pictures taken with her, and I'm guessing no-one mistook her for Sen. Barbara Mikulski when she was walking the hallowed halls.

Ever the wily one, Specter told Washington Post reporter Paul Kane he had no clue who she is.

"I don't recognize that name. Who? General Jameson?" Specter asked.

Of course, Specter's also the guy who came up with the magic bullet theory in the Warren Commission investigation of JFK's assassination, so, you know, whatever.

Jenna supports Hillary, by the way. Just another reason to like the girl.
Posted by J at 12:23 PM

Amazing legs - among other things.

Was she filming a movie when she was there? hehe