One of these things is not like the other

George Bush and his government have uncharacteristically been on the ball in helping Minnesota after that horrible bridge collapse tragedy. The home of the upcoming GOP convention, with a Republican governor and senator, is getting showered with some serious federal attention and largess.

The city, county and state became eligible for more federal assistance for the recovery from the Interstate 35W collapse when President Bush declared an emergency exists in the state, the White House said.

Officials said the relief money would be used to cover costs racked up by the search and rescue efforts, security at the bridge site and overtime for law enforcement.

Bush was scheduled to visit Minneapolis and get a briefing on the bridge collapse before going to a private fundraiser for Sen. Norm Coleman, R-Minn.
- AP 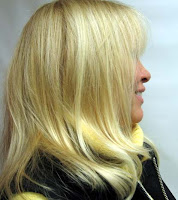 I don't begrudge the good people of Minnesota a dime of this money. Two of the nicest people I have ever met (including Susan, an ex) were from Minnesota and you couldn't find people with bigger hearts. And the state has given us great politicians like Hubert Humphrey and Paul Wellstone, and, hopefully, will soon give us Sen. Al Franken - but it's just too bad the people in New Orleans weren't also of sturdy Nordic stock, or they too might have been swimming in federal disaster aid after Katrina instead of raw sewage. 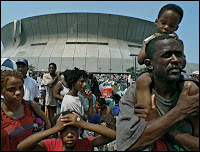 And I'm sure there's no reason why one place was favored over the other by Bush. Naaah.
Posted by J at 8:25 PM

haha I'm just amazed they were actually helpful instead of sitting on their butts doing nothing!

Who knows if they would have even done anything if they weren't having their convention there?