McSweeney's has a very funny quiz asking who said the following quotes, Dick Cheney or Phil Leotardo of The Sopranos. (Answers at the bottom.)

1. "Except for the occasional heart attack, I never felt better."

2. "You sound like a damn politician with all these excuses." 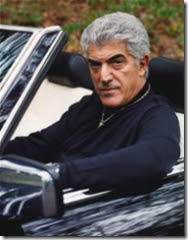 3. "What can you do—throw money at the problem?"

7. "Principle is OK up to a certain point, but principle doesn't do any good if you lose."

9. "Everyone knows that you're not really a man unless you own a gun."

OMG Cheney said it on the Senate floor, but somehow the Republicans are the good Christians, the holier-than-tho party? Please.

"I'll take that Discman and I'll ram it up your box."