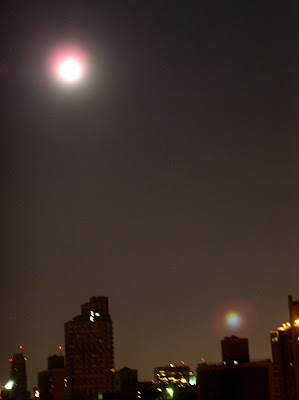 I'm not sure what that other smaller orb is on the lower right of the frame - maybe it's a second star, like on that Star Wars planet, or else it's a UFO.

Speaking of great NYC things, my husky right-wing friend was in town over the weekend and we did a mini bar crawl on Saturday afternoon and hit six bars in about 3 hours. And, of course, that was barely scratching the bars here on the fashionable Upper East Side. 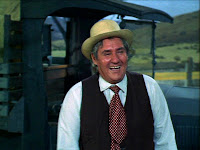 He was like a kid in a candy store, as they apparently don't have too many pubs down in Hooterville, where he now lives.
Posted by J at 3:00 AM

This is an unusual early posting on this monday....did you wake up early or are you just coming in from Sunday night???

Isn't that second light an airplane warning on top of a tall building?

I saw the moon last night too - it was huge!

That is a result of me being insomniacal, Eric.