Just as in matters of war, when they enthusiastically support the military - except for that whole thing about actually, you know, enlisting and fighting themselves - the Republican candidates for President seem a tad afraid about actually facing the American people.

Following the very successful CNN/You Tube debate among the Democrats, the network has scheduled another one in September featuring the Republican candidates.

But now it turns out some of the leading candidates in the GOP are making noises about not participating. 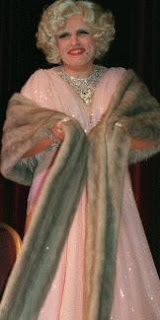 Macho man Rudy Giuliani, who has made $70 million in speaking and consulting fees since he left office, and is running an entire campaign based on his supposed heroics during 9-11 (um, he walked the streets of lower Manhattan covered in dust because, of course, he had stupidly put his emergency control operation in the World Trade Center complex) is mumbling something about scheduling conflicts.

And Mitt Romney, the flip-flopping former governor of Massachusetts, is trying to play the dignity card, according to the Washington Post: "Referring to the video of a snowman asking the Democratic candidates about global warming, Romney quipped, "I think the presidency ought to be held at a higher level than having to answer questions from a snowman." 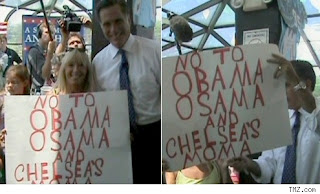 That would be the same Romney who stood there with a shit-eating grin holding up a supporter's sign equating two of the Democratic candidates with Osama bin Laden. Very dignified of him.

In reality, of course, they just don't want to face tough questioning from real people. They can't scream "liberal media bias!!" - their usual excuse - when it's a You Tube question about Iraq or health care or global warming and it's coming from some guy in Kansas.

the you tube debate was cute and the GOPers should engage. It's not like we're gonna get anything real

It's a bunch of tired old white guys in the Republican campaign. They probably had to be told what You Tube is! :)

I agree obob, even though the questions were fun and different, the politicans are still going to say what they're going to say and stick to their messages. Although I guess one youtuber did get Barack Obama on the issue of meeting with foreign leaders, but that question could have easily come from a regular reporter anyway so who knows.