That thing's GOT to violate some laws 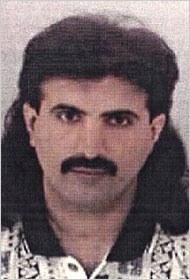 "The federal appeals court in Richmond, Va., ruled yesterday that the president may not declare civilians in this country to be “enemy combatants” and have the military hold them indefinitely...The ruling came in the case of Ali al-Marri, a citizen of Qatar now in military custody in Charleston, S.C., who is the only person on the American mainland known to be held as an enemy combatant."
-NYT


You know, for that mullet alone, he should probably be in custody somewhere.
Posted by J at 12:40 PM

hehe never mind his name, he must be from Jersey!