I knew I liked Mike 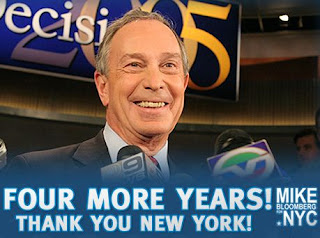 Party affiliation has always been a fleeting thing for Michael Bloomberg. When the billionaire and life-long Democrat ran as a Republican for mayor of New York City in 2001, his conversion had nothing to do with epiphany and everything to do with expediency (as the GOP candidate, he’d face an easier primary field and could spare himself the labyrinthine nominating process he'd face on the Democratic side). As mayor, he has been the quintessential air quotes Republican — supporting gay marriage, promoting radical measures to make the city greener and staying as far away from President Bush as he possibly could.
-Newsweek

As I presciently mentioned several weeks ago, I have always liked Mayor Mike Bloomberg, not just for the wonderful smoking ban he instituted in the bars, but for his general way of running this great city, much better than Rudy ever did, by the way.

And now he's finally left the GOP, the party he joined, as the Newsweek article notes, as an effective way to get the mayoral nomination.

The talk now is that his leaving the GOP is a sure sign he's going to run for President on a third party ticket in 2008. 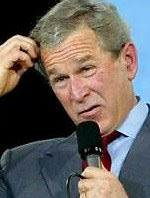 I don't think so. Well, at least I hope not, because that could help siphon away anti right-wing votes from moderates in the Republican party, who will not be happy with their nominee (hint - it won't be Rudy.)

I just think Mike has had enough of being involved with the party of George W. Bush. And Iraq. And massive corruption. And Katrina. And incompetence. And gay-bashing. And anti-choice. And...well, you get the idea.

Did I ever mention, by the way, Bloomberg's daughter is pretty cute.

And, of course, she's a billionaire's daughter. If I could only hook up with her...well, talk about having a sugar mommy! 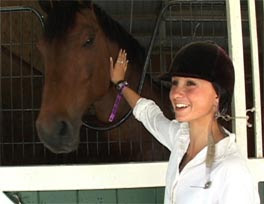 Which is really what I need.

I don't think he's running either. And hmm let's see now, your chances of hooking up with his daughter? ZERO!!!! :)

He is not running but I would probably vote for him.