The hell with you hillbillies 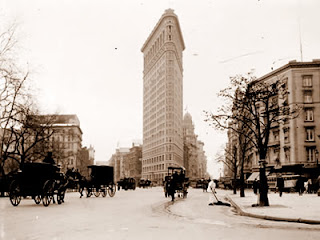 He's from New York, an independent and Jewish. If New York Mayor Michael Bloomberg runs for the White House, he will face those three issues, any one of which could sink a presidential campaign, experts say.

New York City is more liberal and more ethnic than the United States as a whole, and though economic revival and sympathy after the September 11 attacks have softened America's view, people remain wary of the Big Apple.

"Certainly historically it has been a problem. Americans are at best ambivalent about New York," said Thomas Bender, a history professor at New York University.
-Reuters

If you goobers are lucky, a New Yorker will be the next president. Hell, even one of the Republicans, Rudy, would be somewhat acceptable to me. But he has no chance of getting the GOP nomination.

I'm really tired of the Southern yokels always crying that the rest of the country looks down on them and somehow is elitist - but you just know that the good ol' boys south of Mason-Dixon wouldn't vote for a candidate who is halfway moderate, or a woman or (gasp) a black guy.

And you know they won't vote for a Jew.

In fact, look at the last several decades of presidents, going back to Carter. Except perhaps for Bush Sr. (although he lived in Texas, he never really lost his WASPY Connecticut background) they have almost all been Southern - and California's Reagan played up to the Southern base with his coded racism.

No-one up here excludes a candidate because of where he's from, yet somehow those of us in civilized America are the elitists?

Wrong - I would never vote for a redneck southern good old boy!