I always heard she was the ambitious one 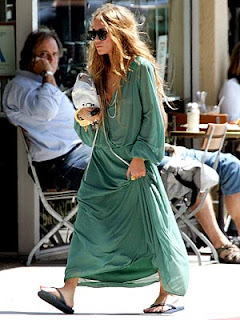 Mary-Kate Olsen is returning to television with a co-starring role on Showtime's dark comedy "Weeds."

On the Lionsgate-produced show, Olsen will play Tara, a devoted Christian girl living in the newly developed megachurch community Majestic who becomes a love interest for Nancy Botwin's (Mary-Louise Parker) son Silas (Hunter Parrish). Olsen will appear in 10 of the 15 episodes of the show's third season.

"Weeds" marks Olsen's first major solo role. Since their debut on ABC's hit comedy series "Full House" at age 9 months, Olsen and her twin sister, Ashley, have starred together in a string of kids and tween-oriented series and movies for television and video.
- The Hollywood Reporter

Which one is that in the photo? They're usually pictured together with their arms wrapped around each other!! lol

lol those girls have a billion dollars and they dress like homeless people.

I can't believe they're acting seperately now. It's the end of an era!!! :)