What a big, brave man 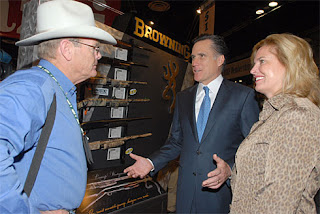 How fucked up is the Republican party that their candidates actually have to brag about being hunters.

“Ooh, vote for me, I shoot defenseless animals for fun.”

Former Massachusetts governor Mitt Romney has been running around saying he's a “lifelong hunter” to prove his bona fides with the gun nuts.

Unfortunately for him, the AP is reporting he actually only went hunting twice in his life; once with his cousins when he was 15, the second time just last year when he was shooting quail on a fenced game preserve with GOP contributors.

But that didn't stop him from playing Jethro Bodine for red state America:

In a question-and-answer session Tuesday in Keene, N.H., Romney spoke of his experience with hunting in a manner that suggested a close affiliation with the sport.

"I purchased a gun when I was a young man. I've been a hunter pretty much all my life," he told a man sporting a National Rifle Association cap.

Romney added: "Shooting a rabbit with a single-shot .22 is pretty hard, and after watching me try for a couple of weeks, (my cousins) said, 'We'll slip you the semiautomatic. You'll do better with that.' And I sure did."

On the Georgia excursion, he said, "I knocked quite a few birds and enjoyed myself a great deal."

Expressing familiarity with and support for gun rights is key among Republican presidential contenders, who count gun owners, members of the military and the NRA itself among their potential supporters.

In order to attract right-wing votes, these numb nuts have to make sure people know they shoot animals. Ugh. 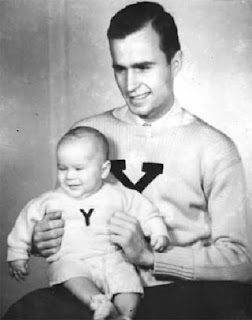 And, as the AP story points out, Romney's hunting credentials are about as genuine as when George Bush - product of Greenwich Country Day School and Yale - bought that fake ranch in Crawford, Texas, the year before he ran for president, to show he's just a good ol' boy.

What a bunch of pathetic fuckers.
Posted by J at 9:17 AM

Not only cruel, but phonies too. Nice combination.