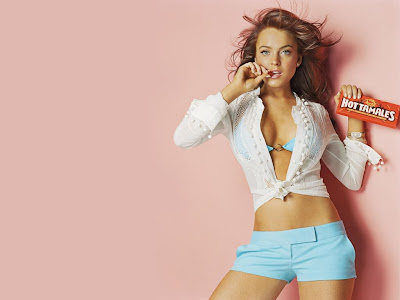 The Washington Post is reporting that in GQ's new issue, a reporter conducted an interview with Lindsay Lohan entirely by BlackBerry. And, amazingly, The Post says her messages are pretty banal.

This is shocking. I really figured they would be erudite and witty and deep.

"Because that's how the kids are communicating these days," Sella writes in an introduction. And, he adds, Lohan is "an icon of her generation."

How did this high-tech experiment work out? Not so good. It turns out that Lohan's BlackBerry text messages are about as banal as anybody else's text messages.

Sella gets that message and fires one back asking Lohan if she plays poker.

Sella sends back a message endorsing dogs and asking if Lohan likes cats.

"Cats scare me," she writes. "I just think of bad luck from black ones like I had in 'Just My Luck'! I need a boyfriend. Geez."

Back and forth they go until Sella asks Lohan, who is busy filming a movie, to tell him about the happiest moment of her life.

"Best message ever," Sella answers. "What do you think about during a sex scene?"

Oy. How much is that guy trying to get in her pants? Can't really blame him though. She is still pretty hot, in that nubile, needy, about-to-melt-down-any-minute way. You've got to give her that.
Posted by J at 4:11 PM

I'd text her anytime.

Did you ever read the letter she sent after Robert Altman's death? I'm pretty sure GQ or the Washington Post cleaned up her spelling big time here! :)

Is she really considered hot?