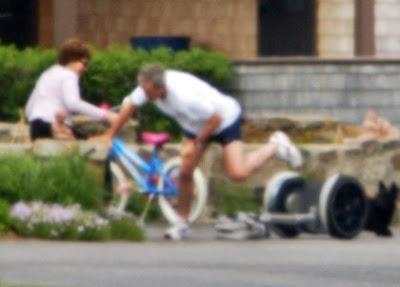 This is the fourth anniversary of the fall of Hussein.

And like most things George W. Bush has touched in his life - from his many business failures, to losing the 2000 election by some 600,000 votes, only to be appointed to the presidency by his daddy's cronies on the Supreme Court - it's been a disaster.

He can't even stay upright on a goddamn Segway, which is practically impossible to tip over.