Hot air on the right 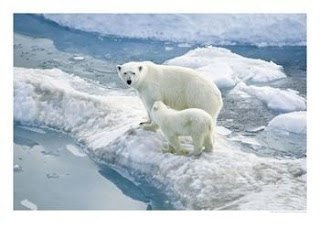 Yet another reminder about the difference between the two political parties is in the area of global warming, a subject just about every serious scientist agrees is a real phenomenon and one that's exacerbated by man-made actions.

Al Gore (former veep and the guy who actually won the popular vote in the 2000 elections by some 600,000 ballots but Boy George got the presidency awarded to him thanks to his brother's shenanigans in Florida and his daddy's friends on the Supreme Court and a new dark age swept America) is testifying about global warming today before Congress.

And, of course, some of the Republicans are using the hearings to belittle concerns about global warming as a real and serious threat to Earth's future:

In the afternoon, Gore is scheduled to cross Capitol Hill to appear before the Senate Environment and Public Works Committee. The normally low-profile committee is borrowing a larger hearing room from the Senate Appropriations Committee to squeeze in activists, VIPs and reporters.

Sen. James M. Inhofe (Okla.), senior Republican on that panel, once called global warming "the greatest hoax ever perpetuated on the American people."

And meanwhile, Gannett is reporting how the GOP side of a bipartisan committee set up to explore global warming was filled:

House Republican Leader John Boehner would have appointed Rep. Wayne Gilchrest to the bipartisan Select Committee on Energy Independence and Global Warming -- but only if the Maryland Republican would say humans are not causing climate change, Gilchrest said.

Gilchrest didn't make the committee. Neither did other Republican moderates or science-minded members, whose guidance centrist GOP members usually seek on the issue.”

That picture of those bears is so sad.