It was better than Penny Pints Night at Pat O'Brien's 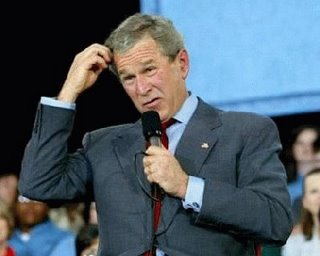 "Some viewers, this one included, may have sensed a certain tension and anxiety in the president's facial expression, at least as he began speaking. He has never, of course, been a notable speechmaker -- and once more he said "noo-cue-lurr" instead of "nuclear" ..."
- Tom Shales, Washington Post

So if you tried the drinking game I suggested yesterday, you probably had a nice buzz going by the end of Bush's speech. Once again, W. helps us go down the road to ruin. Thank you George Bush.
Posted by J at 2:03 PM

lol like you need an excuse to drink jack Daniels!