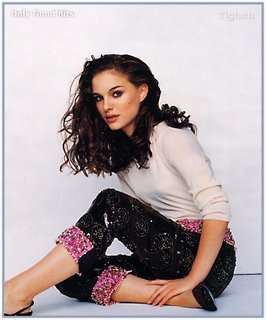 I'm afraid my inner nerd has kicked in lately, jump started a few weeks ago when Cinemax ran all six Star Wars movies in hi-def.

Now, I must hasten to point out, I can't really be that much of a nerd, because I never actually saw any of these films before. I'm more of a Star Trek: The Next Generation guy (see, not nerdy at all), and from what I had always heard of the SW movies, the epic storytelling, the ancient myths, well blah blah, it all just seemed a bit pretentious.

But here they were being fed to my house, so what the hell. I fired up the hi-def DVR (and thank you Time Warner for accidently giving me the box and service for free - haha) and recorded all of them. I think it's about 14 hours worth all together.

I wasn't sure if I should watch them in the order they are numbered, I-VI, but I opted for the chronological order they were made, as that's the way they would have been seen in the movie theaters. 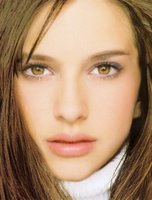 Anyhoo, this is all a long way of saying: I've finally got up to Star Wars I, (which is, of course, the fourth one, from 1999), and this is the chapter where Natalie Portman is introduced as the queen. And wow, I forgot how goddamn cute she is.
Posted by J at 5:14 PM

lol you watch Star Wars and all you say is natalie portman is cute!!!

But you couldn't really see her in much of it because of all the costumes and wigs they had her in as queen except when she was pretending to be the handmaiden in the first one. But I agree Natalie is very hot.

I watched them on Cinemax too! but didnt record them. I wish I had. It's funny seeing how the special effects get so much better as the years go on. But I think I liked the earlier ones (the first 3) better. They seemed to be just more fun than the later ones. Just my opinion.