Yet another revelation from Mel's bust

I used to have an ongoing debate at my last job with a friend who was a fairly observant Jew. She was pretty religious, but, sadly, like so many girls, she wasn't really into politics. So we would go back and forth on the evils (my words) of George Bush and the Republican party, and she would half-heartedly defend them.

Now, don't get me wrong. She wasn't a nutty right-winger by any means. In fact, most of her views were pretty close to mine on the various issues of the day (not to mention she weighs about 85 pounds soaking wet, so was not exactly an intimidating debating partner). But, she was nonetheless convinced that Bush and the conservatives were "Friends of Israel,” so they were really ok. And this was just before she went off to spend a few months in Israel, no less.

But as I kept to trying to point out to her, these so-called “Friends of Israel” weren't quite as they appear.

Oh, you certainly hear about Pat Robertson and Jerry Falwell and Tom Delay, and Bush himself, all being great supporters of Israel in its struggle against the Arabs.

But the dirty little secret is that these Evangelical Christians don't really give a rat's ass about Jews. They are FOI only because they believe in the radical doctrine of “End Times.”

They believe the world will end (and quite soon) after some sort of conflagration between Israel and the Arabs and who the hell knows what else, and that the Rapture will happen and all the non-believers (which, in their minds, includes every Jew, of course) will be “left behind” in the hellfires that will engulf the Earth, and all the good Christians will ascend to Heaven - and blah blah blah. Or should I say yadda yadda yadda?

Well, first, let me note, if that really is what's going to happen, I look forward to it. Because not only will we finally be rid of these sanctimonious pricks, but I assume it means us 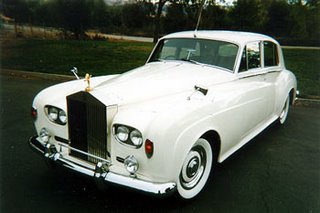 non-believers will get all their shit that's left back here on Earth. And I've got my eye on one of Pat Robertson's Rolls Royces.

But, I digress. This was about Mel Gibson's recent outing, and what it shows about these right-wing nuts.

Because the recent Mel incident is finally revealing the true colors and the priorities of some of these holier-than-thou Christians. Although they are usually quick to loudly proclaim their support for Israel (and, presumably, the Jews) in the nightmare in the Middle East, they have also been disturbingly quick to rally to Mel's side after it was discovered he started ranting about, yes, the Jews in his DUI bust.

You have Fox's Bill O'Reilly, and perennial right-wing nut job Michelle Malkin, and all the usual suspects, now quickly forgiving Mel and literally trying to turn it around into some sort of anguish about “political correctness,” saying that “Once again the poor religious Christian is being bashed by the evil, left-wing biased media!”

And we all know what those code words mean.

I don't know if seeing these skunks show their fangs will be enough to make my friend see what lurks beneath their seemingly friendly exterior, but, for me, it's just one more example of the hate and the bigotry endemic to that side of the divide.
Posted by J at 11:03 PM

lol I usually don't laugh at religious stuff but I like the line about we will get all their shit.

Heyy what do you mean girls aren't into politics? I love arguing about politics!!