Do they like sitar music on the radio that much?

Catching up on some reading this rainy Monday morning, and I just saw this on the always amusing Stalker section on Gawker:

It made me laugh, because I've seen so many CBS personalities on that barren block waiting desperately for a taxi - it's so far west, the cabs just don't cruise in that area as much as they do in midtown – and I never understood why these people are always waiting for a yellow. 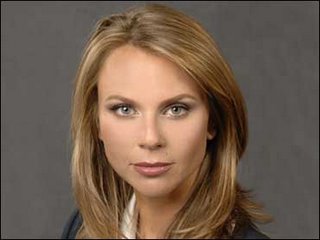 One day, I was heading to the sad Subway sandwich shop on 10th and 56th, and I started seriously ogling a pair of world-class legs, vying for attention from some smelly cabbie from Queens, when I realized it was the yummy Lara Logan, visiting CBS News hq on a break from the Middle East (and, trust me, this was harassment-level ogling - even I was embarrassed).

Then, one afternoon, I actually ended up having to share a cab heading east for four of those long avenue blocks with Leslie Stahl of “60 Minutes” - I was going to a fabulous lunch at Trattoria del Arte, on 57th and 7th, and we both ran for the same lonely cab after waiting outside 524 W. 57 for about five minutes. I almost elbowed her to the ground when I thought she was going to take the fucking thing by herself.

The point is, I can't figure out why these people don't plan ahead and order a company car service, which I'm pretty sure CBS would pay for - or else just spring for the damn black Lincoln themselves (what, 50 bucks?), with the huge salaries they make.

Before joining the penny-pinching-at-least-for-peons TV industry, I used to work in the music business, yet even I – and trust me, not as connected as Katie or Leslie or Lara – knew how to work the company town car service on a pretty regular basis. Good times.

So THEY really could do it any time they want. What they're thinking, dutifully waiting for a yellow, I don't know. It is annoying though.
Posted by J at 11:27 AM

hah try getting a cab ANYWHERE when it's raining. It's a pain!

You almost knoecked Leslie Stahl over? lol thats so mean!

Good one dude, I've never seen Lara Logan's legs on TV but if they're as nice as the rest of her I believe they are nice!