"NEW YORK (AP) -- The PBS Kids Sprout network has fired the host of ''The Good Night Show'' after learning she had appeared in videos called ''Technical Virgin.''

The host, Melanie Martinez, had alerted network officials about one of the videos late last week and she was immediately taken off the air.

''PBS Kids Sprout has determined that the dialogue in this video is inappropriate for her role as a preschool program host and may undermine her character's credibility with our audience,'' said Sandy Wax, network president." 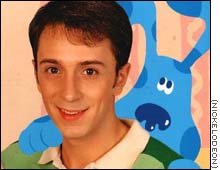 you can watch the virgin videos on you tube.

Megster, you don't want to know what bukakke is, trust me...

Now I want to know what it is!

veganerd said...
This comment has been removed by a blog administrator.
11:01 AM

yes the videos are really there

just do a search for technical virgin

lol - I warned you girls to ignore it if you didn't know what it was already!

eww Steve wouldn't do that! lol

I can't believe you all didn't know what bukakke was! lol

haha Brooklyn I think a lot of the readers on this blog are female so maybe it's because we're not as disgusting as guys we just didn't know that!

Your are Excellent. And so is your site! Keep up the good work. Bookmarked.
»