Oh God, Why Has Thou Forsaken Me? 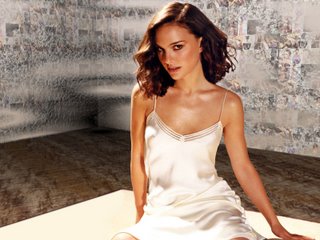 Sad news today, folks. And I don't just mean they haven't started impeachment proceedings against the chimp in the White House yet.

Regular commenter Not a Hipster alerted me in another post to the news that despite rumors, apparently Natalie Portman will NOT be doing a nude scene in an upcoming film after all.

Figures. They throw Michael Douglas' bare naked ass out at us in every second movie he's in, but this sublime creature will be staying clothed. Sigh. 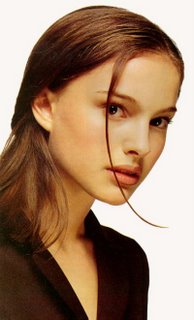 Some ask, by the way, what do men see in her? Well, she can look amazingly sultry, yet also amazingly innocent. She looks great in a slinky dress - or a pair of jeans. What versatility! 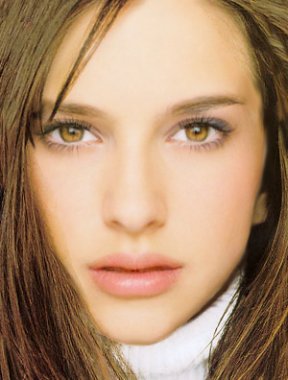 And those big hazel eyes! Oy.

Thanks for nothing, Hollywood.
Posted by J at 2:41 PM

You don't have to explain her appeal to me!

Me either! She's hot. I can definitely see why men want her.

Agreed. If I was going to bat for the other team :) I would with her.

Lesbos! Can I watch? hehe

lol hey when he was younger Michael Douglas was pretty hot! I loved him in Fatal Attraction!

JBK don't forget he got Catherine Zeta Jones who is as hot as Natalie Portman, so he must have something going for him. And yes, I agree, Natalie is hot!

Calm down girls, I didn't say anything was wrong with Michael Douglas - I think he's a very good actor actually - I'm just saying if I have a choice of seeing his or Natalie's naked ass, I'd rather see hers, thank you very much.

Well, since you're being all, like, rational and stuff, shouldn't you just blame Bush for this, too?