No wonder King Kong loved it 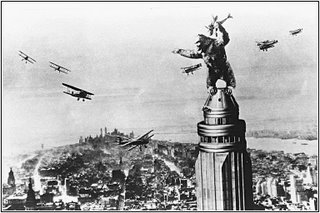 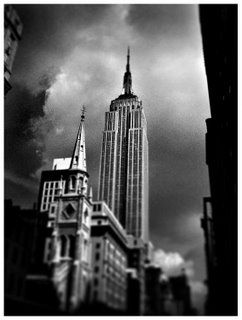 I just got around to reading the absolutely wonderful collection of stories about the Empire State Building in the City Section of The Times.

There are fascinating little tidbits about it in this article (did you know, for example, that its location was the original site of the old Waldorf-Astoria Hotel, before that iconic NYC building moved to its current location on Park Ave. Or that the hotel, for that matter, was named for dueling cousins of the wealthy Astor family - one of whom was named Waldorf - who built competing hotels next to each other at the 5th Avenue and 34th Street locale, before they made up, merged and moved uptown).

Or that the Empire State Building was the name originally given to a nine-story "skyscraper" built in 1897 at 640 Broadway, at Bleeker Street, and was named for the now-defunct Empire State Bank, on its first flooor.)

And this article paints a wonderful image of the amazing rise of the towering building, which was constructed during the height of the Great Depression:

Every day was controlled mayhem. You started your day at 8 a.m., broke for lunch at noon, and quit at 4:30 when the whistle blew. The racket was ear-splitting: the barking of dozens of rivet guns, the diesel roar of derricks, the bellowing of foremen and the pounding by hundreds of carpenters.

There was no room for error in the tight schedule of deliveries that the contractors had designed. Materials came from all over America and beyond: granite from Midwestern quarries, steel from Pennsylvania mills, marble from Italy. Much of it arrived on the East Side docks, where it was loaded onto flatbeds and hauled across town. Trucks drove directly into the belly of the building, and the material they carried never hit the ground; it was snatched right off the truck beds and hoisted immediately to the floors where it was needed. On each floor, small-gauge rail was built to ferry material to the appropriate work site. 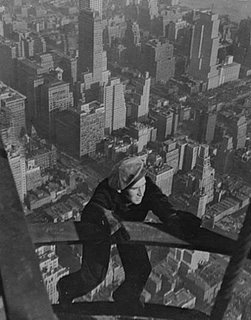 If you worked on the Empire State, you hustled all day long, whether you were a skilled electrician or a water boy or a rivet punk. If you could not handle the pace, there was a line of hungry men that snaked around the block each day waiting for a shot, and the foremen were happy to point them out. The operation was so tight that the steel often arrived still warm from the forges. 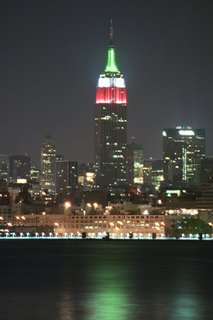 Not only was the ESB built in an amazing 13 months, it was constructed without the technology we have today - and without going into overtime! I don't know how those guys did it, but it must have been something to see. Anyway, if you enjoy NYC history, go read some of these articles on the city's most famous building .
Posted by J at 12:29 PM