I'm just a port in the storm 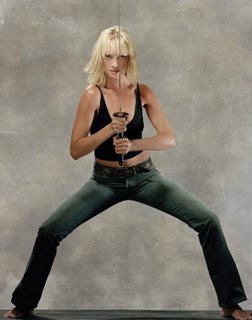 Or at least an air conditioned cave in a heat wave.

My friend Sarah called me up at 1 am (!) last night. Her a-c wasn't working and she was dying of heat and knew chez jbk was a balmy 70 degrees of air conditioned iceitude. So, yes, she wanted to crash.

So she came over (all sweaty too, eww) and we ended up watching movies. She at first wanted to see Must Love Dogs, but I had to put my foot down. It looks like one of the most sappy of chick flicks ever filmed. I mean come on, anything with John Cusack in love in it is going to be just intolerable. I might as well have castrated myself right then and there to watch that.

So I insisted on Final Analysis, with Richard Gere, Kim Bassinger and a yummy Uma Thurman (playing Kim's younger sister). It's a sort of noir, Hitchcockian thriller, with Gere playing a psychiatrist treating a psychotic Bassinger. A little unrealistic, but not bad.

It was from 1992, so Uma was really at her peak. Damn she is hot. And so tall. She towered over Gere in one scene. A few weeks ago I noted that women's legs tend to be longer than men's, especially in the thigh section. Her legs are just unbelievable. 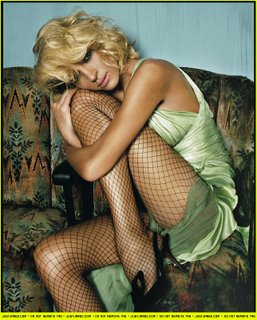 And Ethan Hawke cheated on that? What an asshole.
Posted by J at 2:14 PM

Boo - John Cusack rocks! But Uma Thurman is pretty I will admit that!

lol shut up it was 1000 degress in my apt. and I showered when I got to "chez JBK" so I wasn't sweaty when I was watching the movie! And I got a new air cond. at PC Richards, they're delivering tonight. There were only 3 left in the store although the guy said they're getting more in, but if anyone needs one these days you better go soon!

Aww what a good friend, but you should have let her watch Must Love Dogs. It's very cute, and you might even have liked it! :0~

Well thanks for ignoring me JBK hehe! I was sweltering last night. My AC sucks pretty bad too!

"Must Love Dogs" was ok but I couldn't believe Diane West would be with John Cusack. It should have been someone younger.

PBL, it's Diane Lane who's in Must Love Dogs.

Nice idea with this site its better than most of the rubbish I come across.
»