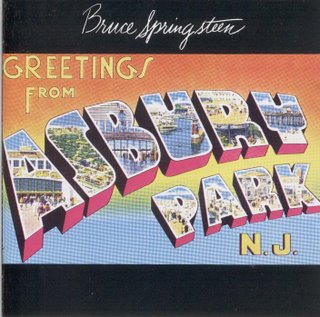 Greetings from the Garden State in this, the first on-location Too Saucy posting. I'm in fabulous Bradley Beach (just a little bit away from Asbury Park), getting some sea air, and enjoying the Jersey Shore, which, as much as I sometimes mock this wacky state, I really do enjoy. My ex has a house here, I'm checking my email, and figured I'd jump on Blogspot for a minute and say hello to my many tens of readers.

Of course, I'm wearing three gold chains, driving a Trans-Am, and have Gotti-level gel in my hair. But it should all be gone by the time I get back to the city, Monday.

On Saturday, I went to a buddy's wedding in Summit, and it was a lot of fun. And, yes, as the title of this post suggested, I got moony-eyed over the most adorable girl. But, of course, I will never see her again. That's just the way my luck works. I'm not allowed to have happiness. Thanks for nothing, Baby Jesus!

She lives in Salem, N.J., which is quite a haul from the city, and I'm not one for long-distance romances. Oh, and, also, she was with her boyfriend. Yeah. But, let me just say, she was flirting up a storm with moi.

Anyway, the night was fun. I got to see a bunch of former co-workers, drank too many Jack & Cokes, and the groom (my bud) and his now wife, put on a good wedding.

But is there some sort of law that the dinner options at weddings must always be chicken, salmon or chateaubriand? (I went with the chateaubriand - sorry vegans).

By the way, now I know how girls feel when they complain about their feet killing 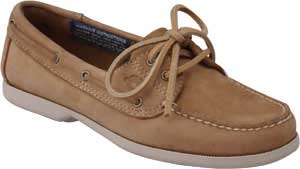 them. I tend to wear boat shoes just about every day. They go with khakis, shorts, jeans, anything casual, and are incredibly comfortable. But, obviously, I had on a suit and a pair of real shoes at the wedding, and now my pampered feet are feeling the pain today. Oy.

Sometimes, Jersey really does lend itself to the stereotypes, though. In the wall of the elevator at the Grand Summit Hotel, there was a little TV monitor, and Frank Sinatra TV specials from the 1960s were constantly playing. (Sort of fun, actually). Then, when I left 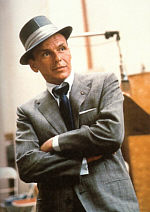 and went to the Summit train station, I had about 45 minutes to kill before the train arrived, so I went into a little bar across the street, and Bon Jovi played the entire goddamn time. I suppose it's inevitable that tonight I will hear Springsteen when we go out.

It's strange spending a night with an ex, by the way. We've already argued about four times this afternoon, so we both know why we are exes. But, it does have its fringe benefits, if you know what I mean. And I know you do. Ok, I'm off to shower and then I'm taking her out for a lobster dinner. I think a hotel room might have been cheaper.
Posted by J at 6:26 PM

Sure Jersey girls rule - as long as you like leopard print spandex, big hair and diamond necklaces spelling out their name!! Heh just kidding Barbie!

I love weddings but yeah the menu does always seem to be the same at every one:) And I cant believe you think somewhere in NJ would be long distance! Im not sure where Salem is but its the next state over from NY!!!

lol none of those menus choices would make a vegan happy, at least a real hardcore one.

l.w.t - those are corny and so not true. I don't know anyone from NJ who wears stuff like that!

Is that Bruce? That was great...

That's Tom Waits, who wrote it. Bruce covered it of course.

I always thought that was a Springsteen song. It's so Bruce. But Tom Waits sounds like him (or I guess Bruce sounds like Tom Waits!)

jbk it sounds like you look to sabatoge relationships. So she lives in NJ? There are people who are in relationships who live 3,000 miles apart or even believe it or not in other damn countries!

Chrissy I hear you, I don't think he really cared so much that that girl lives in NJ, although Salem is actually really pretty far from NYC, but I think he wasn't really in "love" with her, he just said that. JBK you need to find somoene who you really love, not a song. And maybe not also 3 or 4 hours away. I dont think you can start a relationship when your that far away, it only works if you already know the person and they have to move for some reason like work or school, but it's not good to start out that far apart.

Ok now please, Chrissy stop with the shrink act if you don't know what you're talking about. I just love when people start throwing out pop pyschology diagnoses because they've heard a few buzz words somewhere on a tv show and think they know what the hell they are babbling about.

Jules I dont know who made you in charge of anyones comments but Chrissy made a good point and who the hell are you to suddenly say she's not allowed to make it. Why dont you take care of whatever is bothering you - because something is instead of making fun of other people.

lol oh for God's sake you all calm down. He wasn't in love, he was just playing off the song title.

Who cares about who loves who - I keep clicking on that link, that is such a good version and now I cant get it out of my head damn you :)