God bless the innocents...and a change of shifts 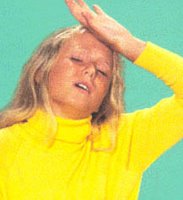 I really need to start hanging out more with innocent-looking girls.

Or at least always time bar visits to the bartender change-of-shift thing.

Wednesday, I did happy hour at Choice with my bud, Jan Brady. I got there a bit before she got off work and started first. Over the course of the evening, I had five (count 'em) five martinis. Jan, so innocent, had only one.

But, when she came in, she ordered the same watermelon martini I was swilling at that point. (I switched over a few times, sampling the lemon drop (1), watermelon (1) , and chocolate (3) – mmm).

Anyway, our initial bartender went off-duty halfway through this extravaganza, and a new bartender came on. At the end of the night, he brought the bills over, charging two watermelon martinis on her check and none on mine. (Although the bastard did charge me for the other four drinks I had.) 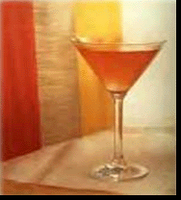 I guess when he saw the list, he figured I couldn't possibly have had five of the six drinks, and, since there were two watermelon martinis, he assumed they both had to be Jan's, since she was sitting there looking very innocent with a martini glass with a little watermelon slice on the edge.

Jan, of course, was indignant that she didn't have two watermelons. So he took one off her bill.

Me, I pretended I didn't know what the hell they were arguing about.

a better thing to remember than the shift change is this: everything is free if you run fast enough. its the new golden rule. pass it on.

a better thing to remember than the shift change is this: everything is free if you run fast enough. its the new golden rule. pass it on.

hehe -you just have to flirt with them for freebies!