He giveth and He taketh 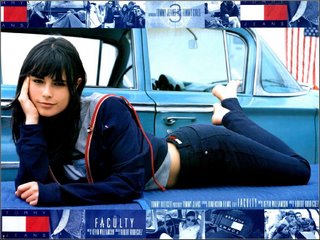 I had dinner at Koi, a trendy L.A. import, very good Japanese. But slightly marred when alleged magician David Blaine showed up.

But later in the evening, at Choice, a new place on 3rd and 27th (owned by the same folks who do the great martini bar, Uptown) was none other than the blazing hot Jordana Brewster, who I've kvelled over on this blog before. She is stunning. 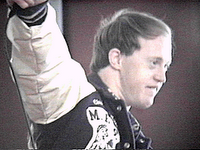 It's also fleet week in town, so lots of sailors all over the city, much to my female friends' delight. Corky danced on a bar with some. Just doing her part for the boys in uniform.
Posted by J at 11:23 AM

heh were you able to keep eating when David Blaine came in? Was he still wrinkly?? :)

Super color scheme, I like it! Keep up the good work. Thanks for sharing this wonderful site with us.
»