Catholics and albinos of the world unite! 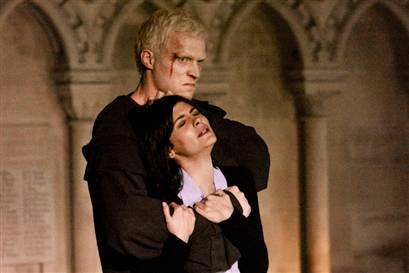 It looks like conservative Catholics aren't the only ones upset about The Da Vinci Code. Now the powerful albino lobby is weighing in, voicing anger at the portrayal of an albino in the film.

“Michael McGowan, an albino who heads the National Organization for Albinism and Hypopigmentation, said “The Da Vinci Code” will be the 68th movie since 1960 to feature an evil albino.”

You know, it's true. You never see a movie about crime-fighting albinos, just those damn evil ones.
Posted by J at 12:53 AM

That movies getting lousy reviews. I bet it bombs!

I'm hearing that this movie is going to be a HUGE bomb. Which is too bad, I sorta like Tom Hanks.