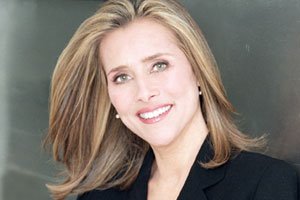 I see the right-wingers have found a new target to go after, in their never-ending media bashing efforts to shut down any critical thought – Meredith Vieira.

Yes, Meredith Vieira of The View, who some righties are now blasting as a raving liberal.

And why are they going after the soon-to-be co-host of Today?

Because she actually dared to criticize the Iraq war, its rationale and the incompetent conduct of it by the Bush regime.

This, in the eyes of the conservatives, is tantamount to treason. Because, you know, we should never criticize Boy George.

Vieira is fighting back, telling the Philadelphia Inquirer: “I'm an independent. I'm not a Democrat or a Republican. I'm not particularly interested in politics, truth be told. Every time you read the paper, somebody lies about something [about the war.] I've been vocal about it.”

"Every day there are new questions. I want to know why we are there, what the game plan is, what the discrepancies are between what we're being told and what's really going on. [Conservatives] can paint me as anything they want. I know what I am. I'm comfortable with the positions I've taken in my life."

The Vieira bashing, of course, is just part of the ongoing strategy by conservatives, in which they target the print and broadcast media, loudly proclaiming it as “liberal,” a word they have tried to tarnish as somehow unAmerican. They do it constantly to The New York Times and Washington Post, they do it the big three networks, especially CBS News (hell, they almost called for a lynching of Dan Rather), and now they are doing it to Vieira.

Sports managers often do the same thing with the referees in their games. They constantly cry that the refs are biased against their team, and making bad calls. Sooner or later the referees will be so wary and tired of the constant bashing, they, usually subconsciously, go out of their way to make calls in favor of the complaining team.

The media, already under ratings and circulation pressure, and after years of being called liberal, often times will go out of their way to bash a Democrat (see the treatment suffered by Bill Clinton, Al Gore, John Kerry) or give a free ride to a Republican (see Bush, McCain, etc.) as if to say: “See, we're not liberal at all.”

I hadn't even realized Vieira had spoken out about that debacle of a war. Anytime I've seen The View, she seems to be talking about sex or her boobs. But, I have new respect for her now that I know it, and I hope she continues to speak her mind.

lol I thought you would have liked the ditzy blonde since she is the cutest! But I like Meredith a lot. That show wont be as good when she leaves, the others are too loud.