Is there anything he touches that doesn't become a disaster?

Here's an excerpt from a very depressing article in Time magazine this week about how sex slavery has become a growing problem in the "new and improved" Iraq. Go read the whole thing, and, once again, "Mission Accomplished" my ass.

The man on the phone with the 14-year-old Iraqi girl called himself Sa'ad. He was calling long distance from Dubai and telling her wonderful things about the place. He was also about to buy her. Safah, the teenager, was well aware of the impending transaction. In the weeks after she was kidnapped and imprisoned in a dark house in Baghdad's middle-class Karada district, Safah heard her captors haggling with Sa'ad over her price. It was finally settled at $10,000. Staring at a floor strewn with empty whiskey bottles, the orphan listened as Sa'ad described the life awaiting her: a beautiful home, expensive clothes, parties with pop stars. Why, she'd be joining two other very happy teenage Iraqi girls living with Sa'ad in his harem. Safah knew that she was running out of time. A fake passport with her photo and assumed name had already been forged for her. But even if she escaped, she had no family who would take her in. She was even likely to end up in prison. What was she to do?

Safah is part of a seldom-discussed aspect of the epidemic of kidnappings in Iraq: sex trafficking. No one knows how many young women have been kidnapped and sold since the fall of Saddam Hussein in 2003. The Organization for Women's Freedom in Iraq, based in Baghdad, estimates from anecdotal evidence that more than 2,000 Iraqi women have gone missing in that period. A Western official in Baghdad who monitors the status 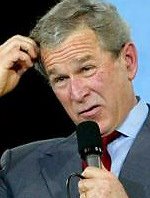 of women in Iraq thinks that figure may be inflated but admits that sex trafficking, virtually nonexistent under Saddam, has become a serious issue. The collapse of law and order and the absence of a stable government have allowed criminal gangs, alongside terrorists, to run amuck.
Posted by J at 11:27 PM