“I am big, it's the pictures that got small.” 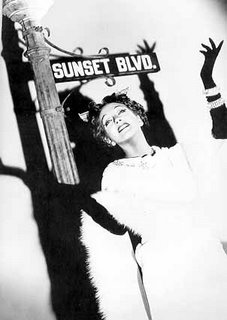 It's a beautiful thing to watch Republicans around the country panic and go into meltdown over their plummeting poll numbers.

Tom DeLay is out in Texas. And, down in Florida, Katherine Harris, running for a U.S. Senate seat, is far behind Democratic incumbent Ben Nelson, and is showing increasing signs of lunacy.

Harris, of course, was the Florida Secretary of State, who also happened to be the state coordinator for the Bush-Cheney campaign in the 2000 election (no conflict of interest there!) and helped throw that stolen election to her team.

But, her poll numbers are anemic, and her campaign staff is deserting her in droves.

According to the Tampa Tribune, in the past 10 days, Harris:

•Had locks changed and posted a security guard at the door of her campaign headquarters in Tampa and had former staff members escorted in to retrieve their belongings.
•Told a gathering of supporters in Cocoa Beach on Saturday that the Republican Party had "infiltrated" her campaign staff to put "knives in my back."
•Told a reporter that a longtime, trusted political adviser had leaked a story about her staff members quitting, then called back to retract the comments.
•Announced hiring her new staff without identifying them.
Those events come atop previous reversals and contradictions, including her announcement last month that she would spend her inheritance from her father on her campaign, which she changed, saying she would sell her assets.
Former campaign manager Jim Dornan, who left in November, called the most recent events in the campaign "unbelievable."
"It smacks of real paranoia," he said of the headquarters lockout and comments about infiltration. "That campaign staff was so loyal to her, and to be treated like that is absolutely unconscionable."

Harris' appearance, the weird makeup and frozen face, always reminded me a little of Gloria Swanson as Nora Desmond in that classic movie of Hollywood behind-the-scenes, Sunset Boulevard. Now, she's apparently went batshit like Nora too.
Posted by J at 12:26 PM

hehe I always thought of her more like the Wicked Witch of the West!