I did it again. Another blind date from hell, Tuesday night.

I've said before that one of the definitions of insanity is doing the same thing repeatedly and expecting a different result each time, so I might actually be clinically insane to keep going on these things. But, in my defense, I will also say that I am an eternal optimist when it comes to the heart, so who knows.

I usually don't talk about personal stuff on this blog, but this one wanted to take a picture of us together on her cell phone cam, and, with my horrible luck, she probably has her own damn blog and I will end up on it.

Actually, this one wasn't as bad as previous b.d.'s, at least as far as a bizarre proclamation from her – like the girl who informed me within 10 minutes of meeting that she was a virgin and planned to stay one until she got married (yeah, that's just what a guy wants to hear on a first date - talk of virginity and marriage). Or the charmer who told me she hadn't shaved her legs in 3 years and hoped that didn't bother me (strangely enough it did). Or the one who still lived at home and had a 10 pm curfew! (don't worry, hun, I get the feeling this won't last too late).

How my friends come up with these girls, I don't know. I almost think it's a cruel conspiracy for their own amusement to fix me up with the most bizarre girls in NYC – and that's saying something considering some of the wackadoos that are out there.

Anyway, it started out fine. We met for happy hour drinks, and she was very cute (as promised) and we had a good convo going. She worked in advertising, and had some funny stories about her job. And she liked to drink, which is always a plus. But, I will say, she was downing some vodka concoctions faster than I was my Jack and Cokes, which is astounding, and I only mention this because of what happened later.

At about 9, we were getting hungry (I had been painting my kitchen much of the day, and I hadn't even had a real lunch) so I suggested sushi. Well, to my surprise, she told me she had never had sushi before. Now, who hasn't had sushi? Consumption of it is practically a New York residency law.

But she had only moved to the city last year, and apparently sushi wasn't a big thing in the little town in Colorado, where she was from.

So we headed to Haru and I pointed out a few innocuous items on the menu she could probably handle, and she seemed to like them. And we had several little bottles of sake with the 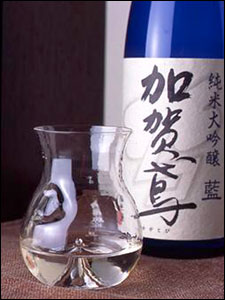 food, of course, which she also had never had before.

Now, I don't know if it was the multiple vodka/sake combo, or the raw fish, but at about 11 she started to look a little green, and excused herself to go to the bathroom. Well, you can see where this is going. She was away for a long time, even for a girl (hah) and when she came back, let's just say there was evidence of, er, spillage on her shirt.

Yes. This girl threw up on a date with moi.

It really doesn't get any more ego-gratifying than that.

But the topper was that she was actually mad at me! I shouldnt have let her have the sake, I shouldn't have suggested sushi since it was probably spoiled.

I'm going back to pornography. It doesn't give you grief.
Posted by J at 1:38 AM

Why don't you try Craig's List or Match? They usually have better choices than what it sounds your friends come up with. I've had lots of fun on Craig's. Good luck!

I once had a blind date who talked nonstop about himself the entire time we were at the table, bragging about how successful and rich he was, and didn't ask me one question about myself - not ONE! And when the check came, I only had 2 drinks which I think came to $12, and the total bill was like $30, asked me for $15. I guess he wasn't that successful :)

Peanut that's nothing. I went on a blind date once and the guy couldn't stop talking about his ex, and during dinner he actually took a call from her and talked to her for about 10 minutes, whisperng half the time. I couldn't wait to get the hell out of there.

I think the worst date I ever had was with a guy whose name I don't even remember. He picked the place for dinner, and told me he had planned something to do after dinner, but wouldn't tell me yet what it was. When the bill came, he looked at it, and said that if I paid for it, he would pay for what he had planned. I foolishly agreed, thinking it must be one hell of an idea to ask me to pay for a $90 dinner, $110 if you inculde the tip. Anyway, we pulled out of the parking lot, and he asked if I had $2 on me since he only had a five and parking was $7. I started smelling trouble.

He then drove to the old train depot in Minneapolis, which has...are you ready for this...an ice skating rink. It cost $3 per person for rentals, and $5 per person to skate. Wow. He asked me to pay for a $110 dinner so he would pay $16 for us to ice skate. Then I started telling myself there had to be something else we would do. When we left, he had to pay $3 for parking, and again asked me to pay for it since he didn't have cash. I was pissed at that point, but didn't say anything yet, expecting to go somewhere else. He drove me home and asked if I wanted to go out again.

Not a hipster said...
This comment has been removed by a blog administrator.
2:52 PM

Ok, THIS is a blind date in hell. I was set up with a guy who was a friend of someone at work. I was told he was my type, we would get on amazingly and my friend even had the nerve to say she wanted to be invited to the wedding lol So the guy shows up to pick me up and first of all he was very overweight. I'm not bigoted but this wasn't just a little plump, this was obese. Ok, already I'm disappointed but I dont want to be shallow so I'm guesing there must be something there that my friend was raving about. We then go to go a movie, which is sort of a silly first date if you ask me because you sit there not talking for a few hours. During the movie he ate a tub of popcorn (butter of course), a Milky Way and a bag of M&Ms, and a GIANT cup of Coke. He didn't ask me if I wanted any, not that I did, and he made the most horrible noise eating everything, especially the popcorn. Then after the movie, which wasn't very good, I think it was Miss Congeniality 2, but I've tried to block this night out of my memory, he wanted to for a "snack." Of course! So we went to a crummy diner where he ordered turkey with gravy and french fries!!!! and another coke. I ordered a greek salad which I couldn't even finish because I was so nausated (sp?) at this point from all the food I was seeing. The conversation was ok, but nothing great and I have no clue what my friend was talking about how I would love him so much? On the way home he ate a Snickers frozen ice cream bar. Then when he dropped me off he leaned in for a kiss and I could actually still smell french fry on his breath. I almost screamed and let him give me a little kiss on the cheek and ran inside and called my friend and yelled at her for an hour. She said she thought I would like his sense of humor and would overlook his weight and was insulted that I didn't like her friend!

lmao - I thought I had bad luck with dates but some of you guys have had some doozies. Not A Hipster, I think you may the award for most patient and understanding - and also most easy to be swindled! :)

My worst blind date brought his roommate along who was getting over a bad break-up on our first (and only) date and said he just wanted to get out of the house. He sat there and watched us talk and didnt say much, but they would occasionaly do some weird stuff together where they would quote lines from movies and crack each other up. After about an hour of this I had enough and said I had to go and my "date" asked if I wanted to do it again and bring a friend along for his roommate next time. I said NO.

Yes, Sarah, I agree...I always try to see the best in people and give them the chance to show me...unfortunately, it doesn't always work out.

I think I have had the worst blind date and I have two words to offer - body odor. Eww

Anonymous said...
This comment has been removed by a blog administrator.
1:48 PM