Steaks and traitors and Scotch – oh my

I watched the latest episode of “The Apprentice” on Monday night. (Yeah, I'm a loser, baby, so why don't you kill me).

Trump's daughter, Ivanka, was on again (grrowwl) and they were also seriously taunting the fat guy, who finally got fired. So my compulsion to look at a hot, rich, icy blonde, and at a human car wreck, was able to be met in one simultaneously terrible and tacky hour.

The prize this week was getting to cook and eat with Jean Georges, the amazing chef, who has a ridiculously priced restaurant in one of Trump's buildings. And, when The Donald announced the prize, Ivanka just casually glanced over, as if to say, "Oh yes, that's right, Jean Georges is in one of our buildings.”

Not to mention, at one point in the show, as she commented (quite approvingly) of a photo of a model eating food taken for an ad campaign created by one of the teams for this week's contest, Ivanka said – and this is verbatim: “She was ravenous. She was trying to get as much of it in her mouth as possible.”

Anyway, my friend, The Traitor, came over. Now, I don't call her that, my ex does. And, I mean, she literally calls her a traitor - heh.

“Benedict Susan” is the former roommate of a girl I used to date, and, even though the ex and I no longer talk – we would, in fact, probably cross to the other side of the street if we saw the other coming – Susan and I remained friends. Basically, I got custody of the roomie.

The Traitor doesn't even really like “The Apprentice,” but, hell, she got a free dinner - she couldn't resist.

See, I'm renovating my kitchen, and, in the process, of course, getting new appliances. This means I've been making a lot of Omaha Steak products the last few weeks to empty out the freezer before the change happens, much to the delight of my carnivorous friends.

We cracked open a bottle of Shiraz, and I made a couple of filet mignons for dinner, preceded by a tasty Omaha lobster bisque. For a meat-oriented company, I have to tell you, they do a helluva lobster bisque.

So, we ate yummy steak, then curled up on my sumptuous leather couch and drank Scotch. All very, very retro. 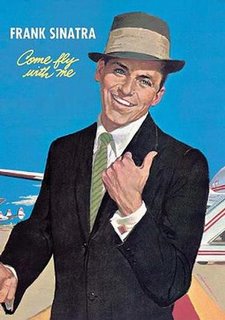 If I smoked, I, no doubt, would have slipped into a velvet smoking jacket, lit up a Cuban, and got a back massage while Sinatra was playing.

So, the ex calls her a traitor because she stayed friends with you? Hmm...jealousy sucks...unless, of course, there's reason for her to be jealous.... ;)

hehe I wondered about that too when I read it not a hipster! Curling up on the couch jbk? No wonder your ex was jealous! :)

Ok you two have suspicious minds. I have plenty of guy friends and we lie on the couch together and watch movies or drink, and it doesn't mean anything is going on!