Why do I get the feeling these guys have never actually had too much experience with a vagina? 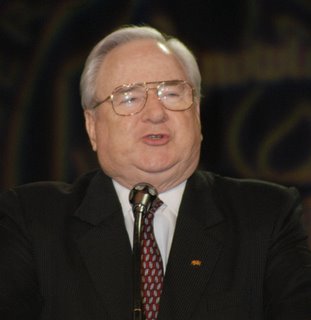 Have you ever seen the faces of some of the leaders of the anti-choice movement?

Strangely enough, it seems to be filled with a lot of men. A lot of angry, conservative, ugly, usually pudgy, white Republican men, who just can't wait to ban abortion rights in this country.

They march outside Planned Parenthood clinics, harassing patients going in.

They are in state legislatures, passing laws to ban abortion. (That delightful looking fellow, there, is the one who led the recent movement in South Dakota to ban abortion.) 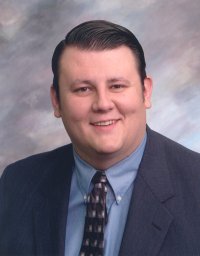 They are on the Supreme Court.

Hell, one is in the White House.

It's pretty clear that some of these men actually hate the thought of people having sex, and maybe, gasp, a woman even getting accidentally pregnant.

They are good, God-fearing men. They are righteous.

In reality, you know the truth is inherent in the old saying: the definition of a puritan is someone who is appalled that someone else, somewhere in the world, is somehow having a good time.

So let me repeat the sensible person's philosophy about men who want to ban abortion rights:

Unless you are in the distinctive category of being a person who might actually have to do something pretty damn drastic with your body that you really don't want to do; unless you have no problem with the government telling you what you can do with your life for, oh, 9 months or so, and probably at least 16 years thereafter; unless you like being treated like an imbecilic child who can't make a rational decision for yourself; unless you don't mind being forced to undergo a relatively risky medical procedure like childbirth, then, to paraphrase the great tbogg...

I dont think those dudes ever have to worry about getting any women pregnant - I cant imagine any who would go near them.

If men could get pregnant there would be drive through abortion clinics in every damn shopping mall in America.

These men are doing the work of the angels, but I cant say I am surprised at jbk and his fans making fun of them. But I never stop being surprised at how you people who want abortion on demand always talk about the woman being inconveienced but never talk about the innocent life being snuffed out. And yes that is what is happening, an innocent babys life is being snuffed out in every abortion.

bally 107 if your heroes there doing the "work of angels" had their way there would be no abortion or contraception rights, even the morning after pill, which any fetus is NOT a baby at that point. Be real.

Bally, do you think women should be allowed to have an abortion if their life is in danger? What about yourself? If you were pregnant, and the doctor said, "You will die if you TRY to carry this fetus to term," would you have an abortion? I mean, the fetus would die either way, but would you let yourself die, too?

Sorry, my dear, but I wouldn't allow myself to get accidently pregnant. And there have been many cases where the woman has died, she was in a coma or something, but the doctors were able to save the baby.

I never said anything about "accidentally" getting pregnant. Re-read the post, because you did not acknowledge my question at all.

You PLANNED to get pregnant and did, and when you're three or four months along, the doctor told you something was very wrong, that you AND the fetus would die if you did not terminate the pregnancy immediately, what would you do?

Obviously, the pregnancy would not be far enough along to save. You would both die. Do you abort the pregnancy, or do you suffer the consequences, letting both you and the fetus die?

Or what if you found out you were pregnant because you had an ectopic pregnancy? Obviously it will never be viable, so do you let the doctors help you, or do you tell them to stay away, that you'll let yourself die along with the embryo?

These situations happen everyday to women everywhere. I just want to know what you would do, if god forbid, you ever had to choose between your life and your fetus?

Excellent point not a hipster. I don't know if you will get a response from bally107 because I notice she never seems to respond when she is called out on some of her nonesense. But I wish some of the prochoice spokespeople who will be debating about the S.D. case or the Supreme Court or abortion rights in general could be as articulate and put it so clearly as you just did. You could be a major asset for us if you had as much TV time as some of them.

Great Topic. I would love to do a persuasive speech on this topic but of course it is not allowed do the the many different views.

I do agree with you that most of the people against abortion ARE white males. I just couldn't agree with you more. I don't believe that abortion should be use as a form of birth control, but sometimes there are things that are really out of a woman's hands.

h2o, I know I probably will not get a response from bally, but that's fine with me. Her silence answers my question.

"I wouldn't allow myself to get accidentally pregnant".

Wow. There are two possibilities here:

1. The person who would write such a comment is either barren, or has access to some failsafe contraception hidden from the rest of us who have to put up with condoms that occasionally break or birth control pills that don't do what they are supposed to.

2. The person does not have sex. And is in some way contained in a secluded space away from the rest of society so there is no possibility of her ever getting raped. Because in the real world these things happen and women get pregnant from them, not by their own choice.