And we laugh at the North Koreans? 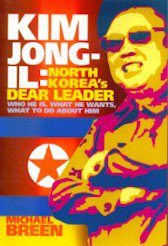 When the North Koreans talk to others about their president, or the official state press mentions him, he is often referred to as “Dear Leader,” and we laugh at the fawning hero worship, most of which, no doubt, is driven by fear in that dysfunctional country.

I wonder, though, if it's much different in Bush-Cheney land?

Word is already circulating, in the aftermath of Dick Cheney shooting another hunter, that it was really the other guy's fault. Because, after all, Dick can't have done anything wrong.

The owner of the Texas ranch, where the shooting occurred over the weekend, tells the AP that Harry Whittington "came up from behind the vice president and the other hunter and didn't signal them or indicate to them or announce himself."

Well, ok, he was wearing a bright orange hunting vest, but, hey, his fault. Just because Dick was wildly scattering shot around, not his fault. He's an accomplished hunter, don't you know.

That's nothing, though. If a Republican dares to stray from the reservation, and actually voice critical comments of Boy George, he is immediately banished from the GOP hierarchy. Dissent will not be tolerated.

Bruce Bartlett, who was a scholar at a right wing think tank, is publishing a book called “Impostor: Why George W. Bush Bankrupted America and Betrayed the Reagan Legacy."

Note the past tense describing his employment. Bartlett was recently fired from the conservative National Center for Policy Analysis because of his blasphemy.

Now, Bartlett's conservative credentials are impeccable. He was a domestic policy aide at the White House in the Reagan administration and a deputy assistant treasury secretary under the first President Bush.

But in his new book, he dares criticize the many policy debacles under Bush, and even commits perhaps the ultimate sin among the GOP: says something positive about Bill Clinton.

In fact, he tells The Times: “The Clinton people were vastly more open and easier to deal with and, quite frankly, a lot better on the issues."

Hell, he's lucky he escaped with just being canned from his job. Cheney could have been dispatched to get him with that trusty shotgun of his.
Posted by J at 2:36 PM

It was an accident and the man who was shot is a friend of VP Cheney and isnt even mad at him. Why does everything have to be a conspiracy with your party?

Bally, it's not so much about the shooting, but the secrecy surrounding it. The main point of the post, though, is about how voicing dissent suddenly makes you "unpatriotic." Definite fascism.